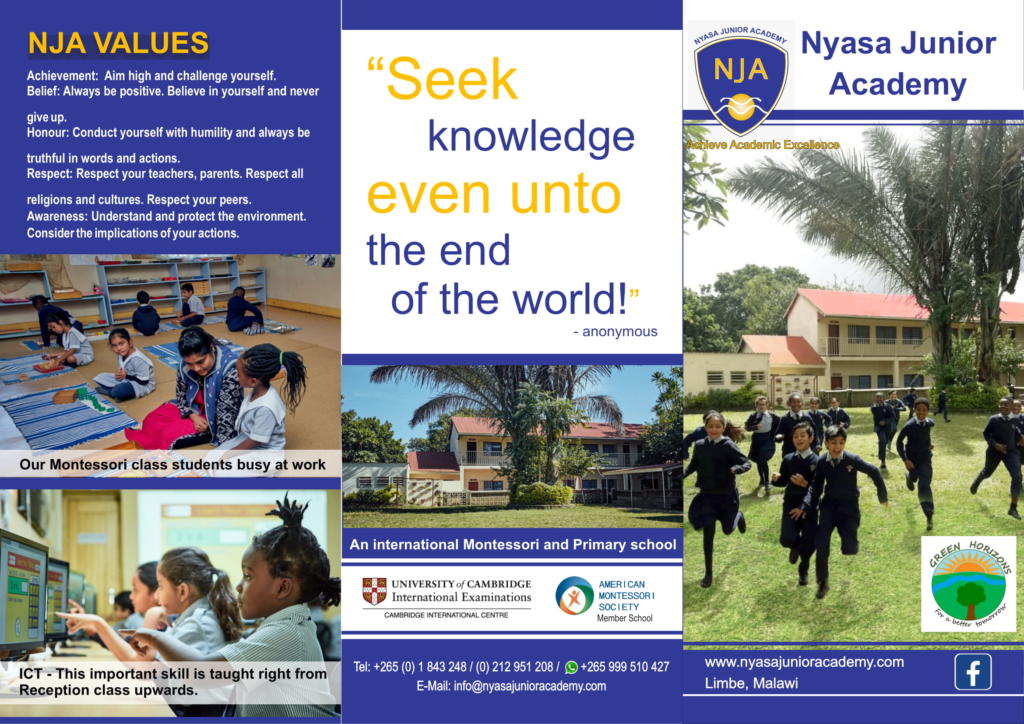 Nyasa Junior Academy is an international primary school based in Limbe, asuburban town of Blantyre. Itcomprises of two component schools; the
Montessori–Loth Lorien and the primary school–Nyasa Junior Academy.The school is located in a quiet residential neighborhood, set on a large plot of land lined with fragrant, colourful frangipani trees. The current structure includes nine classrooms, a mini multi – sport arena, a beginner’s swimming pool and interactive playground. We strive to maintain an
8:1 student teacher ratio in order to provide close attention to each individual
student. NJA initially evolved out of Loth Lorien Montessori – Rubina Hajat’s brainchild and first foray into the vast realm of
educational s ervice provision in Malawi. With that foundation in place, Mrs Rubina Hajat along with a board of governors,
decided to build a primary school incrementally – year by year. The school is currently completing its final classroom and in September 2010, the academic infrastructure should be complete.
Why are we different?
The entire academy is like one big family and we strive to make children feel important and comfortable during the
school day. Children are always referred to by their names and we make a point to celebrate every child’s birthday throughout the year. Unlike most schools following the UK Cambridge Primary Curriculum, we teach two additional languages from
reception; French and Chichewa. As children’s minds are most absorbent during their early years, we aim to encourage their
lingual development at the early stages of their education.Languages get harder to learn throughout adulthood and by
giving students the opportunity to learn two useful languages while they are young; we feel they are better equipped to
deal with the global village our planet has become. The emphasis on learning Chichewa stems from the patriotic
attitude of the academy and the notion that a child in Malawi should know how to communicate fully with his/her peers.
Our pride in our country is also reflected in our History andGeography classes where children are taught both local and
British subjects. Experience often cements learning and we ensure that students partake in an educational excursion once a term.Subjects such as ‘Farm Animals’ is followed by a trip to a 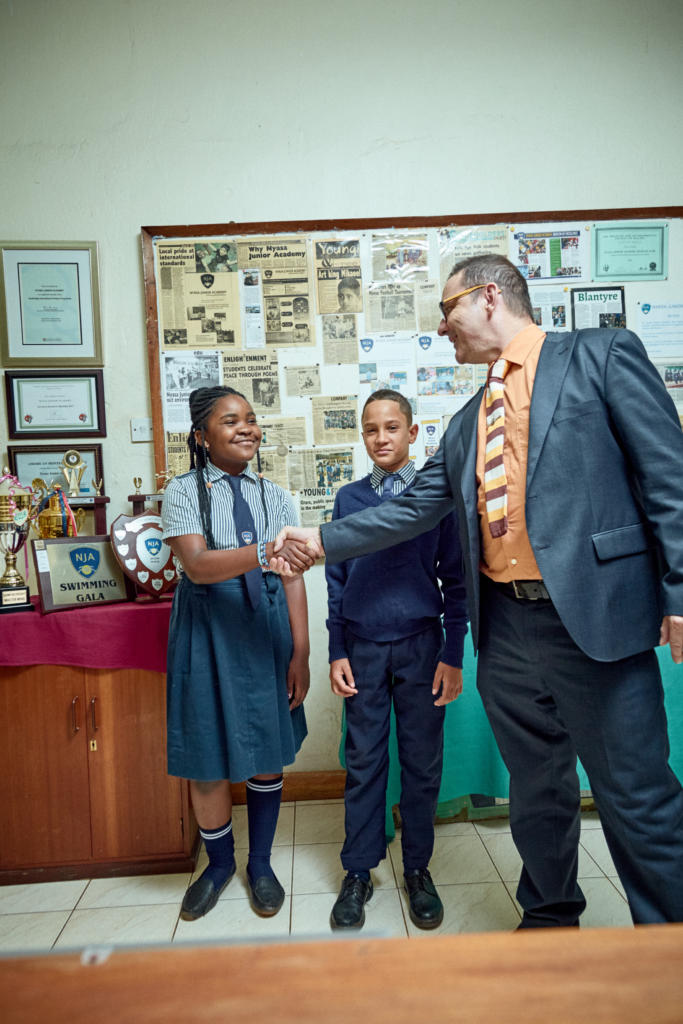